How Does SnapChat Make Money?

At first look, the idea of messages that self-destruct after a specific period sounds terrible.

That’s exactly what Evan Spiegel’s classmates thought when he pitched the idea behind SnapChat in 2011.

Fast forward to 2017 – Snap (Snap Inc.), the parent company of Snapchat, priced its initial public offering at $17 a share on March 1st, 2017 and the company is scheduled to begin trading on the New York Stock Exchange on March 2nd, 2017. This will give Snap a market value of nearly $24 billion, making it the largest U.S. tech IPO since Facebook.

How does SnapChat make money?

Before we dive in, we need to first understand…

What is SnapChat Really? 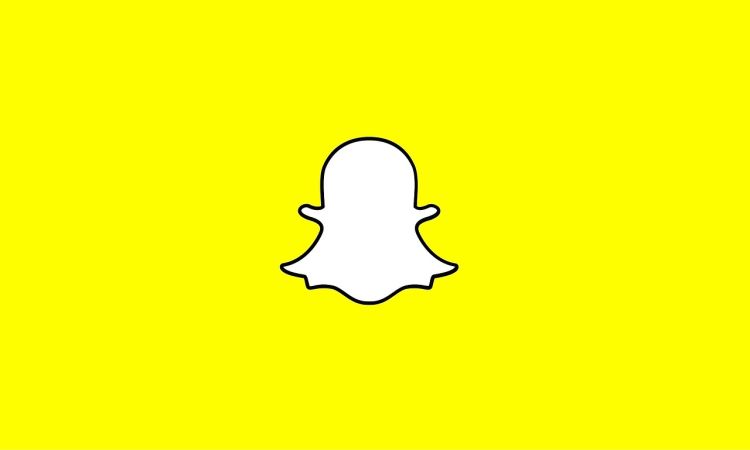 To understand the success of SnapChat, you must first know what the app does and how it works.

Users can exchange “snaps” or messages that may contain text, videos, and photos. Private messages are automatically deleted once they are opened. A public post, on the other hand, has a 24-hour expiration date.

If you think those limitations are ridiculous, you should know that videos can only be up to ten seconds in length. In other words, SnapChat is either a poorly-designed messaging app or something else entirely. But with 150 million daily active users and an estimated valuation of $18 billion, it’s clear that this social media craze is anything but poorly-designed.

The brilliance behind SnapChat boils down to a simple philosophy – some things are more valuable with a time limit.

Giving expiration dates to social content increases the engagement factor. This is mainly because users who can catch snaps while they’re available to gain the sense of exclusivity. For example, stories that cover major sporting events attain high engagement because sports fans love that “in-the-moment” feel. For a PR boost, companies also feature stories that take their audience behind the scenes. Some appropriate settings include the launch of a new office, a company outing, or a charity program.

Of course, SnapChat comes bundled with other exciting features as well. Apart from the ability to send snaps, users can also publish stories, which are curated snaps that are visible to followers.

To make snaps more interesting, SnapChat also offer lenses that apply humorous overlays – from frowning faces to the infamous dog face filter. These filters sometimes require actions from the user to trigger animations such as raising an eyebrow and sticking their tongue out. Overall, lenses give users an outlet for creativity and self-expression, which is something that everyone can appreciate.

Lastly, it turns out that SnapChat’s self-destructing messages are great for absolute privacy and security. In some ways, sending snaps is way better than using encrypted messaging apps if you’re concerned about privacy. Once a snap reaches its time limit, there’s no way for any unauthorized party to recover its content.

For all these reasons, SnapChat proves to be a very effective content distribution channel for brands who wish to establish a presence in social media. It’s time for the million dollar question…

So how Does SnapChat Make Money?

Snap Ads are the bread and butter of SnapChat advertising. They work by showing 10-second, full-screen video ads that are always relevant to other snaps. These ads are also interactive. When presented, users have the option to swipe up to access more content – be it a longer video, blog post, or app install.

To improve conversions, the company launched SnapChat Partners with firms such as 4C, SocialCode, TubeMogul, and Adaptly. Data suggests that SnapChat’s ad revenue will hit nearly $1 billion next year. According to eMarketer, one of the reasons behind this explosive growth is the app’s immense popularity – particularly among millennials and members of the Generation Z. 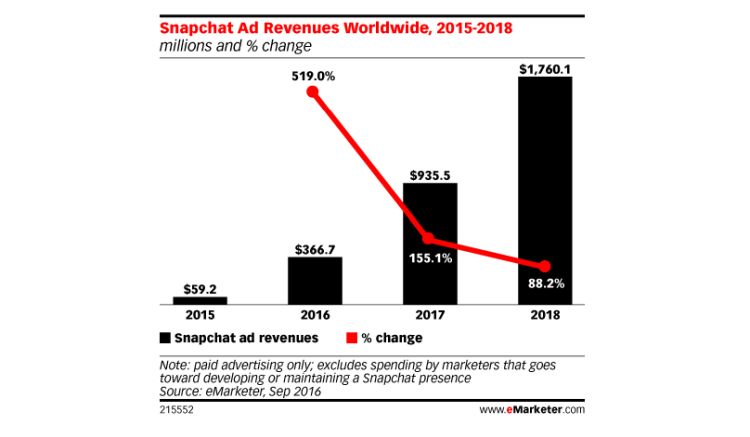 Despite SnapChat’s moves to increase ad revenue, there’s one line they wouldn’t cross – ruining the privacy of their users. That’s why the company ensures that businesses can’t advertise to their users’ private messages.

Life’s more fun when you live in the moment

These are the words you’ll find in SnapChat’s description in the mobile app store. It’s all about capturing the moment and sharing your experience with your followers.

With Geofilters, users will no longer have to provide details manually. Whether they’re in a mall, national event, or famous landmark, SnapChat offers exclusive filters that will give context to any snap. They’ll no longer have to explain where they are, what they’re doing, and why they’re there. Consequently, they are encouraged to quickly produce user-generated content and share it to their social circles.

How does SnapChat profit from this feature? Keep in mind that the company is not charging for the design on Geofilters. If you want to avail an on-demand Geofilter, you’re going to have to create it yourself. However, SnapChat will charge you for two things: the size of the area and the amount of time wherein the Geofilter is available.

Geofilters can stay live from anywhere from one hour to a total of 30 days. Apart from big companies, individuals can also pay for temporary Geofilters on events such as birthdays and weddings.

Here are some tools and services you can explore,

Geo-Filter.com offers the simplest way to create SnapChat Geofilters.  It is also a tool for you to create a beautiful Geofilter. Here's the message from Danny, a Geo-Filter representative,

Our Geo-Filter Designer allows you to easily create a stunning Geofilter that is ready for immediate submission to Snapchat. Geo-Filters are great for marketing material, weddings, birthdays, small business', and much more.

If you are not good in designing, you can always get someone else to do it. CustomFilterz can be your solution. It offers a highly customized Geofilter for users. Jason Slater, the co-Founder at CustomFilterz has a message to share,

For businesses who want a fully custom geofilter that people will share and fits with their branding, CustomFilterz is the #1 rated geofilter design agency. We also create geofilters for birthday parties, weddings etc.”

We want every event and moment to be as memorable as possible. FilterPop marketplace connects the bests designers in the world to the most innovative companies and consumers. We help people form memories that last a lifetime.

For example, eating at KFC also enables the Colonel Sanders lens filter, which turns users into the white-maned colonel himself. A special animation involving a fried chicken leg also takes place – prompting the user to take a bite.

Take note that Geofilters and sponsored lens filters do more than just improve the experience of customers.

Think about it – if you’re eating at Taco Bell and your head suddenly turns into a giant taco shell, the first thing you’ll want to do is to share it with your friends. As a result, brands who advertise on SnapChat gets to leverage user-generated content (UGP) as well as the social media reach of their customers to gain exposure. 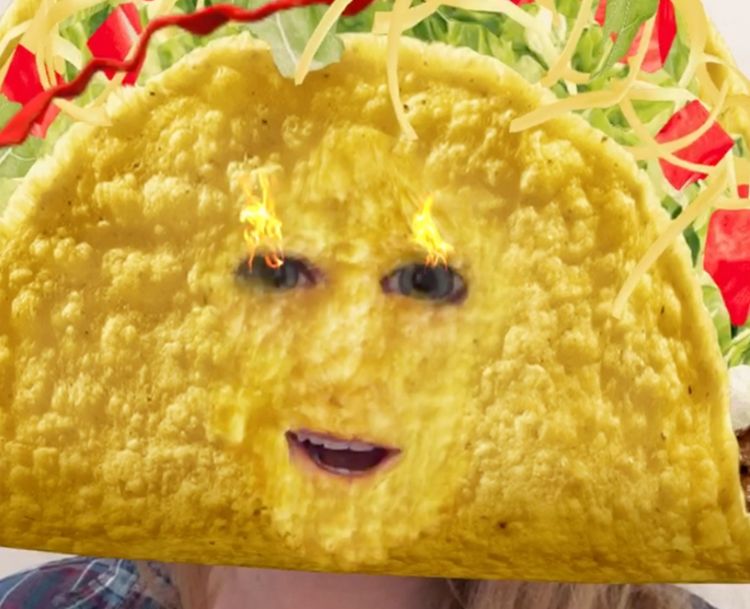 By the way, Taco Bell’s noble attempt at turning people’s heads into tacos did pay off big.

A total of 224 million people interacted with the taco head SnapChat filter. To be fair, brands who wish to advertise using sponsored filters had to shell out as much as $750,000. In comparison, the average cost of a 30-second ad on Super Bowl costs a whopping $5 million. That’s without any guarantees that the audience is even paying attention during the commercial.

When using SnapChat, you may notice that swiping to the right two times opens the Discover feed. Here, you can find curated snaps from publishers such as CNN, BuzzFeed, People, and Cosmopolitan. There will also be a few advertisements in-between snaps, so it’s clear that Discover is being monetized.

Although no one knows how much SnapChat makes the Discover feature, they should be making money hand over fist, given the fact that around 20 big name publishers have partnered with the company. The feature also proliferated during the time SnapChat went through substantial revenue growth.

Most likely, both SnapChat and a publisher will be sharing ad revenue. It just isn’t clear how much each party gets for every deal. 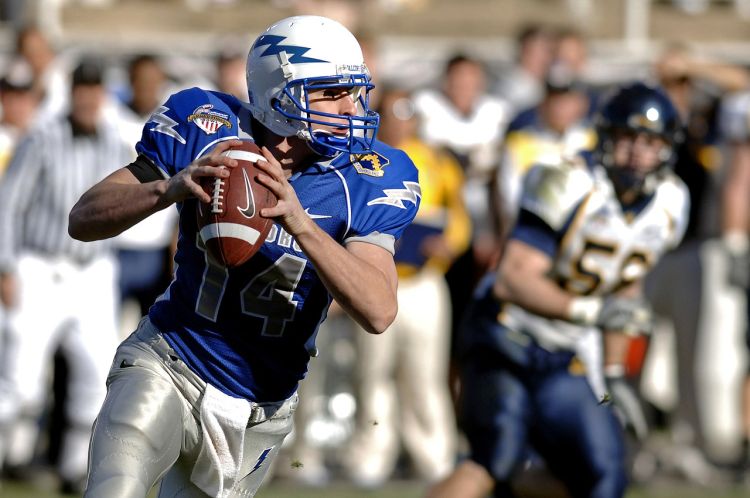 In recent years, SnapChat has partnered with sports organizations such as the NHL, NFL, and the MLB. These organizations supposedly leverage Live Stories during sporting events to reach more people in the social space.

Just like with Discover, it isn’t clear how much money SnapChat makes with sports partnerships. But since the app offers a direct line to the young and passionate audience, major leagues are investing in deals that put up weekly Discover channels such as “MLB Wednesdays.”

Take note that the MLB started using SnapChat back in 2014. At that time, users must follow their account to view the stories they publish. But with a partnership, live stories are promoted to all users.

In an earlier report from AdAge.com, Live Story ads make SnapChat anywhere between $400,000 and $500,000 for complete exposure to company’s user base. Aside from major sports organizations, Live Story ad partnerships are sought after by companies like iHeartRadio and AEG.

In the past, people were puzzled as to why SnapChat was worth so much because its revenue model wasn’t clear. That explains the company’s moves that affected monetization in the past few years.

Today, SnapChat has a robust revenue model that caters to companies as well as individuals who’d like to “seize the moment’. For tips on how to integrate SnapChat with your social media marketing strategy, check out these essential rules for effective Snap Chat marketing.

Christopher Jan Benitez is a professional freelance writer who provides small businesses with content that engages their audience and increases conversion. If you are looking for high-quality articles about anything related to digital marketing, then he's your guy!Feel free to say "hi" to him on Facebook, Google+, and Twitter.