Home / WHSR Blog / The Need for Diversity in Influencer Marketing

The Need for Diversity in Influencer Marketing

Despite exciting growth in the industry, we’re still at a point where diversity is still needed for brands and companies in their marketing strategy. With social media and digital advertising reaching a global scale, the need for diversity is absolutely necessary.

The Landscape of Influencer Marketing

Back in 2015, Entrepreneur compiled a list of online marketing influencers to watch (article removed). One thing that sticks out about the list was the fact that it was mostly populated by white males.

Given that influencer marketing was still in its infancy, it’s understandable that there were fewer influencers who were experts in the industry.

You would think 2017 should see more diversity in the lineup of influencers.

But no. Articles from Digital Authority to Relevance show that the representation of women and minorities are still severely lacking within the industry.

It’s no surprise – as the glass ceiling for women and minorities within the “influencers scene” has always existed.

An Algorithm That Is Biased

A Huffington Post article highlighted such issue with Linkedin’s recommended influencer algorithm back in 2013. In the article, Linkedin has stated that their algorithm is based on key figures from “regions, sectors, and cultures who are impacting and driving business conversations from the world.”

Despite that, the majority of the recommended influencers listed were still males.

It was evident that Linkedin had a gender-bias in its algorithm, and a report by the Seattle Times proved as such. It wasn't until 2016 that Linkedin decided to revamp its algorithm to be more gender neutral when it comes to searches and recommended people to follow.

Why Influencer Marketing Has to Change

The advent of social media has seen more brands jumping on the influencer bandwagon in order to engage new audiences. Unfortunately, sometimes marketers and advertising agency misses the mark and ends up with a campaign that gave considerable backlash to their brand.

The recent Pepsi ad was one such example, where they cast Kendall Jenner in a commercial that seemingly undermines the importance of the “Black Lives Matter” protest in Baton Rouge. This shows how disconnected the marketing team was at Pepsi with their audiences. 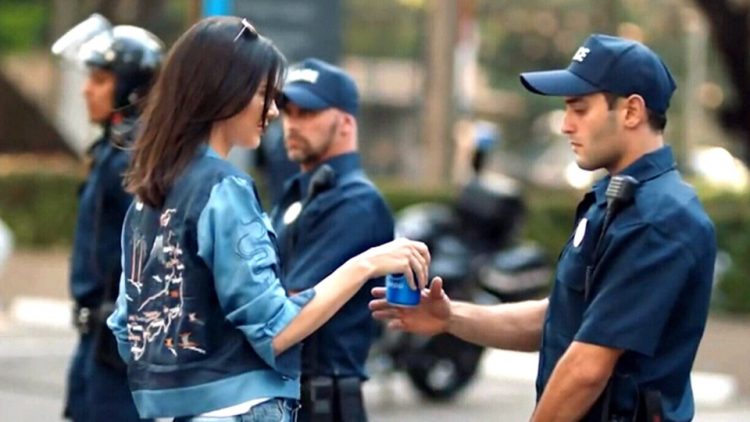 The Kendall Jenner Pepsi ad was pulled after it was widely criticized for trivializing protests for social justice causes.

Even when you’ve come up with the perfect Instagram post to promote your brand, having the wrong influencer to promote it can lead to disastrous results.

With millennials and young consumers now hoping for more diversity in their ads, brands can’t rely on mainstream influencer marketing strategy; and have to embrace a more diverse approach in both their digital marketing and the influencers that represents them.

Companies, big and small, have started to realize the importance of multicultural marketing within their brand and have begun incorporating more diversity into their marketing campaigns.

Mass retailer Target did just that with its fashion product offerings by acknowledging that “women come in all shapes, sizes and ethnicities” and that ignoring these audiences was a huge oversight in their previous campaigns.

Shade Management is an influencer management agency for black and brown creators.

Management companies such as Shade Management provide a platform for brands and agencies to connect with influencers of color and minorities. All these different avenues and initiatives help make influencer marketing a more diverse industry and will hopefully kickstart a new wave of influencers.

The New Wave of Diverse Influencers

Marketers need to think outside of the box and approach influencers that better represent their communities if they want to keep up with the trend. Thankfully, a number of women and influencers of different ethnicity are emerging and making their mark within the industry.

These range from women who are prominent figures in the digital marketing industry to social media influencers who commands a huge voice over the Asian market.

The Women of Marketing

For the longest time, influencer marketing was a male-dominated space. Recent years, however, have seen an influx of women who are not only making strides in digital marketing but are proving that they can be as successful as the men in the industry.

Known as a pioneer in the digital marketing industry, Ann Handley is the Chief Content Officer of MarketingProfs and a columnist for Entrepreneur magazine. Voted by Forbes as one of the top female bloggers and the most influential woman in social media, Handley gives a fresh perspective for brands with her unique outlook in marketing.

There is only one “Queen of Facebook” and that is Mari Smith. A well-known expert in Facebook marketing and social media, Smith takes social media engagement for entrepreneurs and corporations to another level for big names such as Tony Robbins, Sir Richard Branson and Dalai Lama. If you’re looking to improve your Facebook engagement, Mari Smith is the person to go to.

Twitter is an amazing tool for brands and influencers to engage with their audiences and utilizing it properly can yield great results. Brands looking to improve their engagement on Twitter look to Madalyn Sklar, one of the most influential women on Twitter. She blogs, create content and educates corporations and businesses on how they can get more followers effectively on Twitter.

The Social Media Savants of Asia

Asia has also seen the rise of influencer marketing with a slew of social media influencers who commands a massive voice over the large Asian population. This year’s Influence Asia 2017 gave recognition to a number of influencers for categories such as fashion, lifestyle, beauty, and even YouTube, to name a few.

A household name in the Malaysian media industry, JinnyBoyTV was a huge winner at Influence Asia 2017. With awards such as Best Social Media Influencer on YouTube, Best YouTube Personality, and Influencer of the Year for Malaysia, it’s no surprise that he has a huge following of over 700k subscribers on his YouTube channel.

A Twitter celebrity in his homeland of Indonesia, Arief Muhammad boasts a staggering 4.1 million followers on his Twitter account. A blogger, YouTuber, and a comedy book best-seller, Arief took home Influencer of the Year for Indonesia in the Influence Asia 2017.

Hailing from Thailand, Pimtha has been dubbed as the modern-day “IT” girl with her beauty focused Instagram page. Her cheerful demeanour and laid-back approach to beauty has garnered her 2.9 million followers on Instagram and snatching the Top Lifestyle Influencer Award.

Diversity Is Key For a New Generation

A census projection predicts that by 2050, minorities (Hispanic, Asian, and African-American/Black) will account for 54 percent of the American population. Add to that the ever growing Asian market, it’s obvious that brands and corporation need to pick up the slack and be more aware of diversity when it comes to influencer marketing.

We as marketers need to get with the times and change the way we perceive influencers or get left behind.