Article written by: Timothy Shim
TorGuard is perhaps not the first name that comes to mind when Virtual Private Networks (VPNs) are mentioned. In fact, I asked around and not many have heard of it – well, unless they were using it. Yet being the incredibly curious person that I am, I did take an initial peek and what I saw intrigued me.

Normally VPN service providers are extremely focussed on their business but TorGuard brands itself as offering more than that – online privacy protection services, to be exact. While it is true that there is a subtle difference, I did decide to dig deeper into its VPN offering.

The first thing I noticed was that TorGuard does a fair bit of branding around Torrents (P2P file sharing). This is not very typical and in fact, some VPN service providers get a little dodgy when asked directly about Torrent support – you can read our VPN guide to find out.

That did the trick for me however and I dove head first in. This is what I’ve found out about TorGuard; 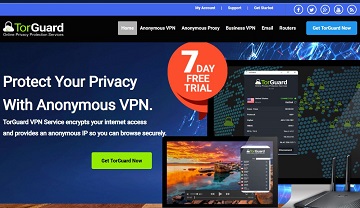 TorGuard has this ‘wow’ factor in many cases, but that somehow always comes accompanied by a small, ‘but’. Take for example the great features such as encryption selection and bypassing Deep Packet Inspection. While these features are great to have, it does take a little bit of knowledge and getting used to.

Security is one of the main lifelines of a VPN service provider and TorGuard does an incredible job of balancing user needs and security. While some may not think there is a difference – there is. Users generally have varying needs when it comes to a VPN, depending on what they are doing online.

For example, when browsing the web, they generally need anonymity and security with little requirement for breakneck speeds. That means you can turn the encryption knob up to maximum and hardly know there’s a difference. When you want to download something, you can tune it down a little bit to push your line a little faster.

In any case, aside from the encryption rates, TorGuard also offers a host of other security elements including DNS leak protection, WebRTC leak protection and a Kill Switch.

WebRTC leak is something that affects many VPNs – something which thankfully TorGuard has taken steps to avoid. It is a vulnerability in many web browsers such as Firefox and Chrome and TorGuard has already issued a patch to its clients that fixes it. It even has a page where you can test if there is a WebRTC leak on your system at any time.

IPv6 Leaks can be taken advantage of by attackers if users are using IPv4 VPNs. While TorGuard has originally protected against most IPv6 leaks, it has since upgraded its service to force all IPv6 traffic into the VPN.

The Kill Switch that TorGuard uses also works in two modes. On one had you can choose to have the client terminate all traffic if a connection to the VPN server is lost. On the other hand, you can opt to use it at the application level, meaning you can stop selected applications from transmitting and receiving data while others continue.

2- Your Identity is (quite) Safe

Based in Nevis, a little Island in the West Indies, TorGuard isn’t forced to comply with complicated data retention laws. If you’ve been following my VPN reviews, this is good because legally, there are not many ways in which the company can be forced to give up whatever information it has on its users.

Aside from that, there is also a no logging policy the company has which it has kept up with admirably to date.

I’ve been using TorGuard on and off for a couple of months now and while I find their service speed to be a tiny bit slower than some others such as NordVPN and ExpressVPN, it has been dependable overall.

With more than 3,000 servers located in 50 countries, it has well distributed network that should be accessible from anywhere you are on the globe. My test for the various servers below were conducted on a 500Mbps line with a physical location in Malaysia.

There are two interesting points about the US server I tested for TorGuard. The first is that the speeds offered here are very similar to the ones I got for ExpressVPN and NordVPN on their US servers. The second is that this test was conducted via what TorGuard labels as an “Asia-optimized US server”.

Since there is not much difference in speed, I am not certain what the Asia-optimized part plays a role in.

Europe speeds were also good, but not exactly fantastic. I guess the distance I am located from Europe plays a larger part than expected in affecting its speed.

Since I am in Malaysia, speeds from the Singapore TorGuard server were as fast as expected. The nearer a VPN server is to your actual location the higher the speed rate and lower the ping response is expected to be.

Nothing surprising here as well, speeds to Australia were pretty good – better than Europe and the US.

Torrenting and video streaming on TorGuard were both flawless. They do restrict P2P activities to specific servers but claim that those are optimized for P2P traffic. I’m inclined to believe them since I have never once had an issue with file sharing on TorGuard. 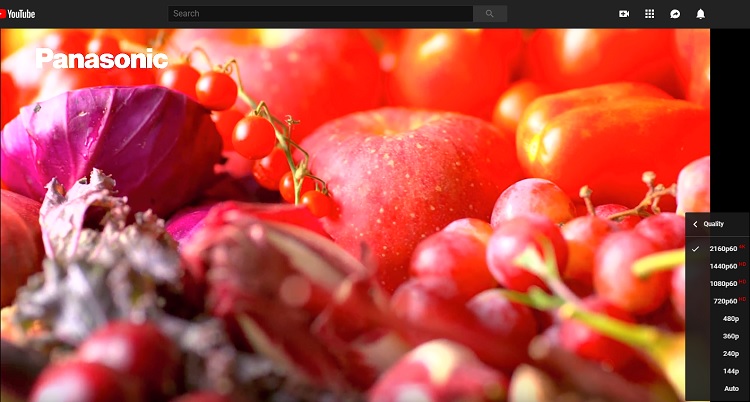 Running a random 4K video off YouTube, there were no stutters or noticeable lags anywhere during the scene.

WireGuard is an upcoming protocol that has been slowly rolled out by some VPN service providers. Touted as the killer next-generation protocol it seems to be, speeds on WireGuard connections have so far dazzled. Although TorGuard has WireGuard servers, there are only a handful at the moment and only in the US (although you can use them from anywhere in the world).

It is meant to replace OpenVPN, the most common protocol in use today and is apparently leaner, much faster and more secure. Tests have shown it to have speed advantages over OpenVPN by a factor of as much as ten.

This is one of the best things I like about TorGuard – the customer service. I tested it out myself since I’m a bit fussy about getting the support for a product I paid for and was suitably impressed. I nit-picked about having a slow VPN speed on a server to TorGuard technical support – via their chat.

In most cases, this would have generated a support ticket with an automated email getting sent to me, etc etc, etc. Imagine my surprise when I was responded to on the support chat line. Not only that, but with a few instructions to tweak my TorGuard client, they fixed the problem!

Having had so many terrible experiences with poor customer support, to say that I was flummoxed is an understatement at the very least. But there you have it – excellence in a chat box! Aside from that, if there are any support tickets raised, you can access all of them from your account dashboard as well – a good single point of reference.

7- TorGuard SHOULD Work in China

I’ve left this to near-last because it both offers a ray of light to users in China and yet isn’t possible for me to verify at this point of time. China has been cracking down hard on VPN services in the country and many VPNs are abandoning its users there.

However, TorGuard has an option called Stealth VPN which it claims is able to help users get around the Great Firewall of China. Specifically, the servers are designed to bypass Deep Packet Inspection firewalls, which hopefully could work.

1- It Comes at a Steep Price

All the nifty details I’ve mentioned in the article so far seem awesome right?

Here’s the but – it comes at a pretty steep price. At a monthly rate of $9.99 to a long-term price of around $5 per month if you sign up for an annual plan, TorGuard is far from cheap. Those prices put it right up against the top dogs like ExpressVPN and NordVPN, as well as newcomers like Surfshark.

The Verdict: Is TorGuard Worth the Price?

I feel that TorGuard is a bit of a two-edged sword. In many cases it has this ‘wow’ factor, but that somehow always comes accompanied by a small, if present, ‘but’. Take for example the great features such as encryption selection and bypassing Deep Packet Inspection. While these features are great to have, it does take a little bit of knowledge and getting used to. Thankfully, there is excellent help from their customer service if you have any problems.

It does gives individual users so much control over the VPN that using it feels great. A niftier interface would be nice, but that’s just icing for an already great cake. If it wasn’t for the price, I would not hesitate to give this a full five-star rating, but at these rates I do recommend folks do a quick compare with NordVPN or ExpressVPN before deciding.

To see more choices in VPN services, check out my other VPN reviews (ExpressVPN, NordVPN) or our list of 10 best VPN services.