Pick up any bestselling novel, read any popular blog, or even look at a newspaper, and you'll find one thing in common. Each and every writer makes typos of some sort and it is really difficult to catch all of the typos in your work. However, there are some things you can do that will reduce those typos to next to nothing and help you create almost perfectly clean copy for your readers.

Sure, you could hire an editor to do this for you. However, you may not yet be at a level where you can afford to farm out editorial work. Finances may dictate that you do some or all of it yourself.

In an articled on Wired, psychologist Tom Stafford with the University of Sheffield explained that the reason people can't catch their own typos is that the brain focuses on higher order tasks.

When you are writing, you are trying to convey something to your readers. Your brain knows exactly what you want to say, so you also read it that way, even when it isn't 100% correct. This is why you might write and deeply edit a post for your blog and not realize you have a misspelled word or missing connector. Your readers may notice, because they don't know what you were trying to say.

“The reason we don’t see our own typos is because what we see on the screen is competing with the version that exists in our heads,” said Nick Stockton the writer of that article.

The Journal of Research and Reading published a study that looked at whether how familiar you were with text correlated to how many errors you made in proofreading. It probably isn't surprising that the study showed that if you were extremely familiar with writing that you were much more likely to overlook mistakes others would catch.

One Example of a Self-Editing Fail 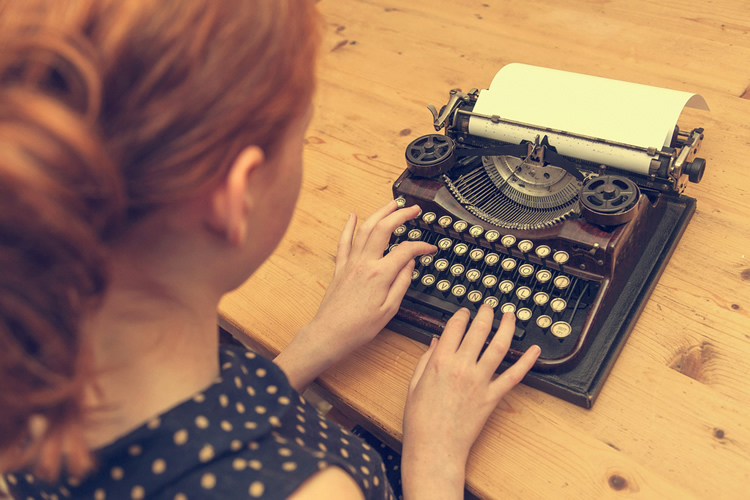 One example of this would be a fiction book I wrote that I personally edited a minimum of six different times. If you had asked me, I would have told you there was no way that you could find a typo in that book.

I then sent it to my editor, who found typos. We fixed the typos and she read the book again. She would have sworn to you that there were no more typos.

The book was formatted and the proofs sent to me and my editor. We each went over them carefully. I found a spot where I had written “lick” instead of “lock”. I fixed it. My editor found nothing.

The book was published. I was sure it was perfect in every way. Until…A reader sent me a note and listed the two errors she'd found in my book. I grabbed my copy and sure enough there were two errors just as she'd said.

It seems almost impossible that a book could go through so many revisions and still have errors. You've probably noticed it in books you've read. I see it often in magazines and newspapers.

So, while the goal is to get your writing as perfect as possible, understand that you'll never be 100% perfect. You aren't a machine. You are a human and you are fallible.

Don't worry, your readers will let you know and you can thank them, fix the error and know it is a bit better than it was before.

In the meantime, here are some things you can do to limit the errors as much as possible.

You'll be surprised how many errors you'll spot in print that you never saw on your screen. However, even though I am listing this as # 1, this really should be one of your final steps in the editing process. It is listed first, because it is very important.

One of the reasons this probably works is that your brain views the printed page just a bit differently, so it is not as familiar as it was before.

It is true that grammar/spell checkers won't catch everything and that you need to have a firm grasp on grammar (or get help from someone who does) to catch all errors.

However, these checkers are not completely useless. They do have their place. For example, a spell check will catch a word that is misspelled. Let's say you spell the word “restaurant” incorrectly and put the “u” in front of the “a”. A simple spell check will recognize that “restuarant” is not the correct spelling. You will be able to easily fix it, reducing your errors in your text.

Grammar checkers are handy in the same way. While they will sometimes tell you a sentence is wrong when it is correct, they will bring your attention to possible issues. You can then look at it more carefully and decide whether or not it needs fixed.

The spell and grammar checkers that come with platforms like WordPress and MS Word are very limited. If you make a lot of spelling/grammar errors, consider investing in something like Grammarly to help double-check your work.

Every writer has a few words that he uses way too often and probably aren't really as wonderful as you might think. It can be any word you might imagine, from a verb to a noun. However, using the same word over and over may make your reader think you lack originality.

Some common words that people overuse include:

Favorite words are often “weasel” words. This is a term that is used to describe deceptive words used in advertising, but writers can let them creep in as well. These are words that make you sound authoritative, but actually are not. For example:

These terms have nothing to back them up. Try not to use them. Instead, be specific so that your writing is credible:

Do you see how the second set of examples is very specific with resources? This is stronger writing.

Find your weasel words and your favorite words and then you can search for them in each piece of writing and eliminate them.

One of the simplest things you can do is to allow time into your editorial calendar to take a break from something you've written. If you can set it aside for a day or longer, you can return to it with fresh eyes.

Remember that study above about how the more familiar you are with a piece of writing, the harder it is to catch errors? If you can get away from it for a bit, it will no longer be as familiar.

Work on some other projects and set this particular piece aside. Then, return to it and see what new errors you find.

Sometimes, the topic you're writing on may also be something you are passionate or emotional about. By taking a break from it, it allows you to remove your personal feelings and come back to it with more neutrality.

When you come back to the piece, ask if there is another side to the article. Can you add another perspective to balance it better?

Your final step in any editing process should be to read your work out loud. Just as you probably noticed different things when you printed out your article and read it on paper, reading out loud gives you another perspective and jolts you out of the familiar.

There is a rhythm to words. When you read out loud, you will hear that rhythm. Awkward phrases will stand out to you. You may catch typos you didn't realize you had.

If you use the word “lick” instead of “lock”, you'll catch it when reading out loud (maybe).

There are also some text readers that will read your work to you. This can be a good solution if you have a lot of pages and your voice is growing tired or your eyes are getting tired.

Natural Reader is one site where you can plug text into a box on the webpage and it will read it out loud to you. You might even want to try closing your eyes and listening to the flow of the words. Stop if you hear something that sounds off, fix it, and move on.

It allows you to choose the type of voice you want to read to you. You can choose an American male named Mike, a British female named Audrey, or French, German, Italian and Arabic voices. You can also alter the speed at which the voice reads, listening slower or faster.

Try different settings and voices and see if you catch more mistakes with one or the other.

It's impossible to write absolutely perfect text 100% of the time. Take the time to edit the best you can. Use some of the tricks listed here. Then, give yourself a break and know you are putting the best foot forward you can with your writing and anything else can be fixed because a blog is ever changing and improving.