Common Grammar Errors and How to Avoid Them on Your Blog 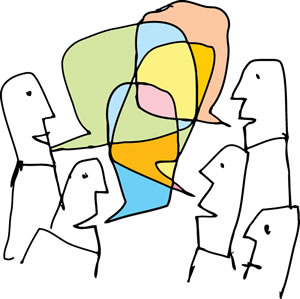 Grammar errors can make your blog look unprofessional and sloppy. However, not every blogger is an English major. Plus, people are human and make mistakes.

In fact, errors can be easily found in the books of many New York Times Bestselling authors.

It is inevitable that there will be error here or there. The mind knows exactly what it wants the written word to say. Unfortunately, that doesn't always translate onto the computer screen. Even during edits, the mind still sees the words as it wants to see them and may not catch the error.

Fortunately, there are some things you can do that will reduce mistakes.

There are some common grammar errors that you can learn in a matter of a few minutes. Or bookmark this page and check back here for them when needed.

Understanding that these are common errors will help you spot them more easily and fix them in your own writing.

These three words are confusing, because in spoken English they sound exactly the same, however they have very different meanings.

They’re is a contraction of they and are:

Their refers to ownership:

There refers to a place:

Like the trio they’re, their and there, your and you’re are homonyms, meaning they sound the same but have different meanings. Your is the possessive form of “you”, meaning it implies ownership:

You’re is similar to they’re: it’s a contraction of you and are:

Apostrophes are one of the most misused elements of grammar, however they are easy to get right once you know the rules. Most apostrophes appear in two situations: when indicating a possessive, and when indicating missing letters.

An example of a possessive is:

Apostrophes that indicate missing letters are found in “you’re” and “they’re” as above, and in words like “don’t” and “can’t”.

The difference between “its” and “it’s” is an exception to the apostrophe rules above, and it’s easy to confuse them. “Its” indicates a possessive: “The dog had eaten its bone”, while “it’s” is used in place of “it is”:

Then and than sound similar and only differ by one letter. Then has multiple meanings, and can refer to time:

Than is used in comparisons:

“That” is always used to introduce necessary information, while “which” is used after a comma to introduce extra information that could be left out without changing the meaning of a sentence. For example “People that enjoy books read a lot” suggests that not everybody reads a lot – just people who like books.

– the important information is that the pen is the writer’s trusty companion: the fact that it is green is an additional detail.

means we’re allowed to go to the movies, while

implies that film-watching is a possibility.

It’s easy to get principal and principle the wrong way around. “Principle” is a noun, and is a fundamental law or opinion. “Principal” can be a noun or a verb and has many different meanings.

A Principal is someone who runs a school, while “her principal interest” describes the interest that is most important to her.

This is an easy one: it is always could have, as “could of” doesn’t exist. The same principle applies to “should have” and “would have”.

This rule is also simple: “try to” is always correct, while “try and” is always incorrect.

Therefore, “Who am I?” is correct, as is “To whom do I address this letter?”

Whether to use “me” or “I” in a sentence also depends on the subject and object.

Equally, “Samantha told Joe and me to go to the cinema” is also correct, because Samantha is now the subject of the sentence, and “Joe and me” is the object. If Joe were removed from the equation again, the sentence would read

Practise is a verb (a doing word), while practice is a noun (a thing). One way to remember which is which is that practice – the noun – ends in “ice”, which is also a noun. For example:

Different from is always correct, as the word “different” is used to evoke a distinction between two things. Therefore, you always need to use “from”, in a similar way to “separate from”. For example:

Lay and lie are commonly confused, and you need to understand the grammar behind these two words to use them correctly. The verb “to lay” is a transitive verb. This means it needs to go with a direct subject, and one or more objects. In this context, “lay” is the present tense, and “laid” is the past tense. An example would be “I lay the book down on the chair”, where the object is the book.

In these sentences, there is no object directly following the verb “lie”.

“Alot” isn’t a real word. Instead “a lot” as two separate words is always correct.

Whether and if don’t mean the same thing, and are used in different contexts. Whether is used when you’re talking about a situation with two or more alternatives, whereas if is correct when describing a condition with no alternatives. For example,

is correct, as is

Lose means to not have anymore while loose means not fitting tightly. Incorrect Example for Loose:

The example above should use the word “loose” because the clothes do not fit her tightly. It should read: The clothes fit loose.  Incorrect Example for Lose:

The example above should use the word “lose” because she wants to get rid of the weight. It should read: She wanted to lose weight.

Even seasoned writers battle these two words and when and where to use them. As a rule of thumb, affect is a verb and effect is a noun.

These two words sound alike, but have different meanings. Still, it can be difficult to remember which is which.

Compliment (with an “i”) means to flatter. Example:

Complement (with two “e”s) means to go well together. Example:

Knowing when and where to use commas can baffle the most seasoned grammar expert. One place that commas are typically missing is after prepositional phrases. A preposition typically indicates time or place.

These are just a few of the prepositions, but you get the idea. Now, a prepositional phrase is the phrase that has a preposition that modifies the object. So:

You typically need a comma after these phrases to have correct grammar.

Since commas are confusing to most people, trying to avoid using them can cause some strange writing errors.

A sentence fragment is a sentence that is not quite complete. Often, it will be the result of using a prepositional phrase and then placing a period at the end of that phrase.

Run-on Sentences happen when you use far too many commas. Here is one example:

At the park, I flew a kite, and when I ate dinner, I felt full for two days, because after he left, I sat down and cried, but since I need a blood test, I'm going to fast tonight.

Whoa! If you've ever talked to an excited teenage girl, this never-ending flow of words may seem familiar. It is like talking very rapidly without taking a breath. Don't write run-ons. If you use more than a couple of commas, it is time to break those sentences up.

Pronoun misuse is another common error. This is when you have one person and you try to make it sound like there are a lot of people or vice versa.

Since the sentence starts with “a person” that indicates a single person. Therefore, it must be a he or she. I blame English teachers who've tried to tell us to use gender neutral pronouns for these errors.

The sentence should read: A person should always watch his back while out in a crowd (you can also use “her”).

If you plan to write regularly, you either need to hire a good editor or invest some time each week into learning proper grammar usage. Even if your readers don't notice the difference (but trust me that some will), search engines may penalize your site if you have too many errors because the content will not be high quality.

You can study grammar at sites like Grammar Monster and University of Wisconsin's Writing Center.

How to Catch Your Own Grammar Mistakes

One of the best ways to avoid grammatical errors, mis-spellings, typos and awkward phrasing on your blog is to have a second person read through everything you post. As mentioned at the beginning of this article, people see words the way the brain wants them to sound.

You know exactly what you want to say and your mind reads it that way even if it isn't written that way. However, a second person is looking at the work from a fresh perspective and will spot things you did not while you were writing and editing.

If you can't yet afford to hire an editor for your blog, trade with another blogger and read one another's posts for errors.

One of the absolute best things you can do that will help you catch errors is to read your work out loud as a final edit. Take your time. Read each sentence and see how it “sounds”. Does anything sound off?

Reading out loud will allow you to catch things you otherwise might not catch during a silent reading. It will also be easier to find any phrases that are awkward or that may not make sense to the reader.

Your passion for your blog topic is what makes your writing special and interesting to your readers. However, it is attention to detail and a commitment to put out the best information possible that will grow your blog following and keep people coming back to read more.