September has been a busy news month for web hosting. WHSR digs a bit deeper into net neutrality and how it might impact your site, the Wedg as a device for small business owners, Shellshock and how to protect yourself and WordPress 4.0's newest features.

Recently, my daughter, who is a junior at Franklin College in Indiana, wrote an opinion piece on net neutrality. The article got me thinking about how net neutrality applies to small business owners and bloggers. The Internet has always been a free market. Anyone can get online, set up a website and have just as much chance at reaching web browsers as a multi-million dollar corporation. Of course, the average small business owner may not have as many advertising dollars, but there is still the chance.

However, some corporations are trying to end that net neutrality and turn the Internet into an environment akin to broadcasting where those with the most dollars would have faster sites and thus more visitors would be funneled to them and away from the little guy. The Federal Communications Commission (FCC) is looking at creating “fast lanes” for some companies. Should the FCC make this change, it would likely be bad news for most small business owners.

This is an important topic that should be watched in the coming years. Net neutrality is vital to bloggers who want to be able to reach a wide audience. 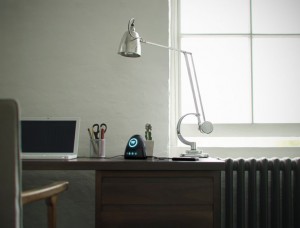 This month, there have been several articles on a new person cloud storage device called The Wedg. It is still in the funding stages, but the idea behind this device is to offer people a personal cloud storage device and eliminate some of the dangers of online hacking into sensitive data.

The Wedg provides the same conveniences of easily accessible storage but is private instead of sitting at a data center that might be vulnerable to attacks. It will even sync with DropBox.

A crowdfunding campaign launched the third week of September saw 80 percent of the needed funds to put this into production raised within just a few days.

The device is expected to be around $210 US dollars. This is a great way for website owners to back up important documents, their website, articles and other intellectual property.

Some Internet security experts are comparing Shellshock to Heartbleed. There is a vulnerability in the Bourne Again Shell (BASH). A patch was released but did not take care of the flaw.The vulnerability is a Unix shell flaw and could impact computers running Mac OS or Linux. Mac computer owners should be especially leery. At the same time, there must be certain conditions in place for the flaw to occur, so not all users will be impacted.

However, the BASH vulnerability may be even more serious than Heartbleed. With Heartbleed, the bug could spy on a computer but not control that computer. With BASH, the potential is there for the hacker to completely take over a system.

Consult with your Internet service provider to see if the system is vulnerable. There are commands you can run in Shell to test if you are vulnerable, but unless you are an experienced Shell user, it is better to discuss security concerns with your hosting company.

Although WordPress is still recognizable from previous versions, this update simply adds some easier functionality that most users will appreciate.

Each month WHSR brings you the latest in web hosting news. Our goal is to provide you with a rounded look at some of the most important issues and share the news that most impacts you as a website owner. If there is a topic you'd like to hear about that we've not yet covered, you can post a note in the comments section below.